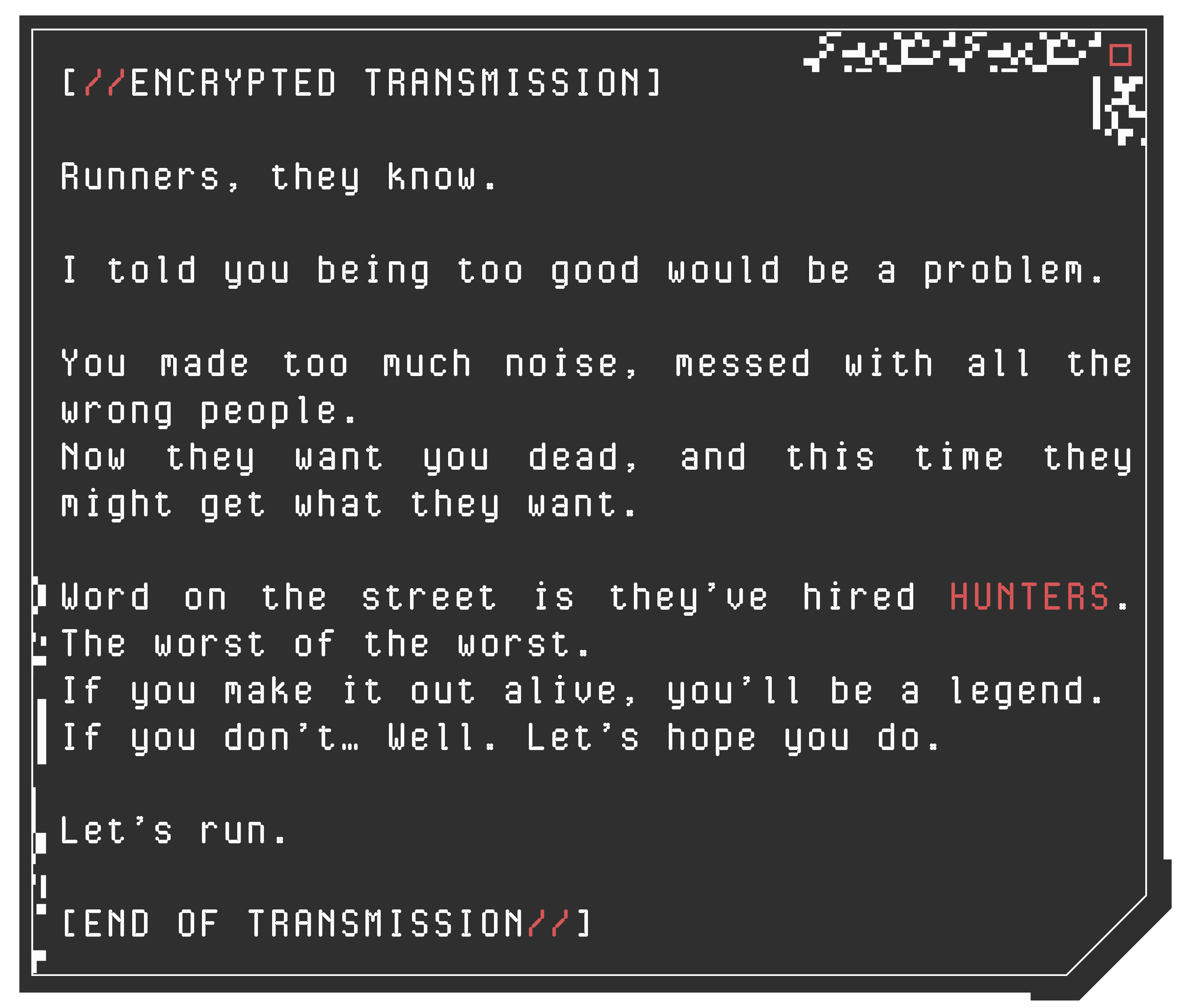 CYBERPUNK HUNTERS is a plugin for CBR+PNK, designed to enable new sets of challenges, dynamics and rewards. This pamphlet [which can be easily converted to any other Forged In The Dark game] provides premade HUNTERS [elite operatives focused on taking the players down], and rules to quickly build, modify, and incorporate them into your CBR+PNK runs. 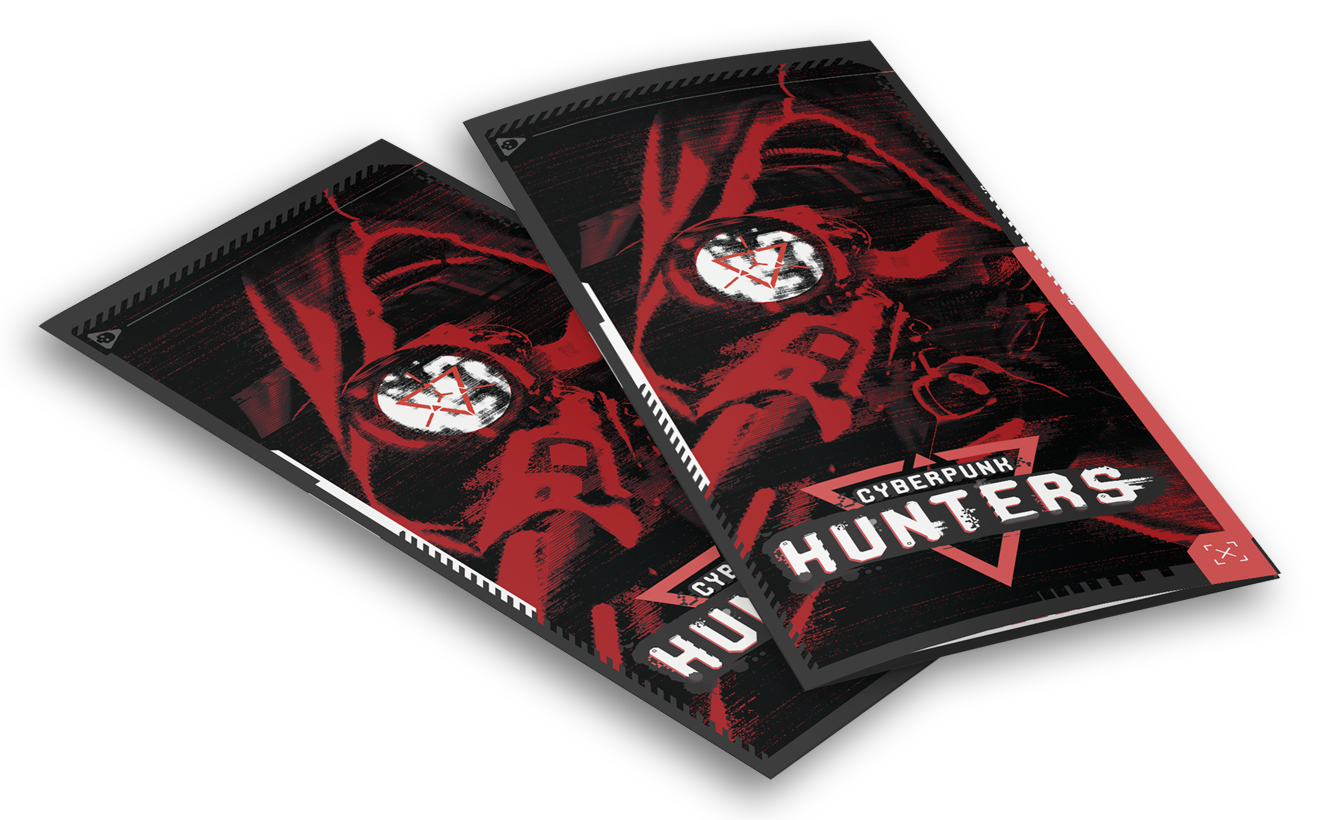 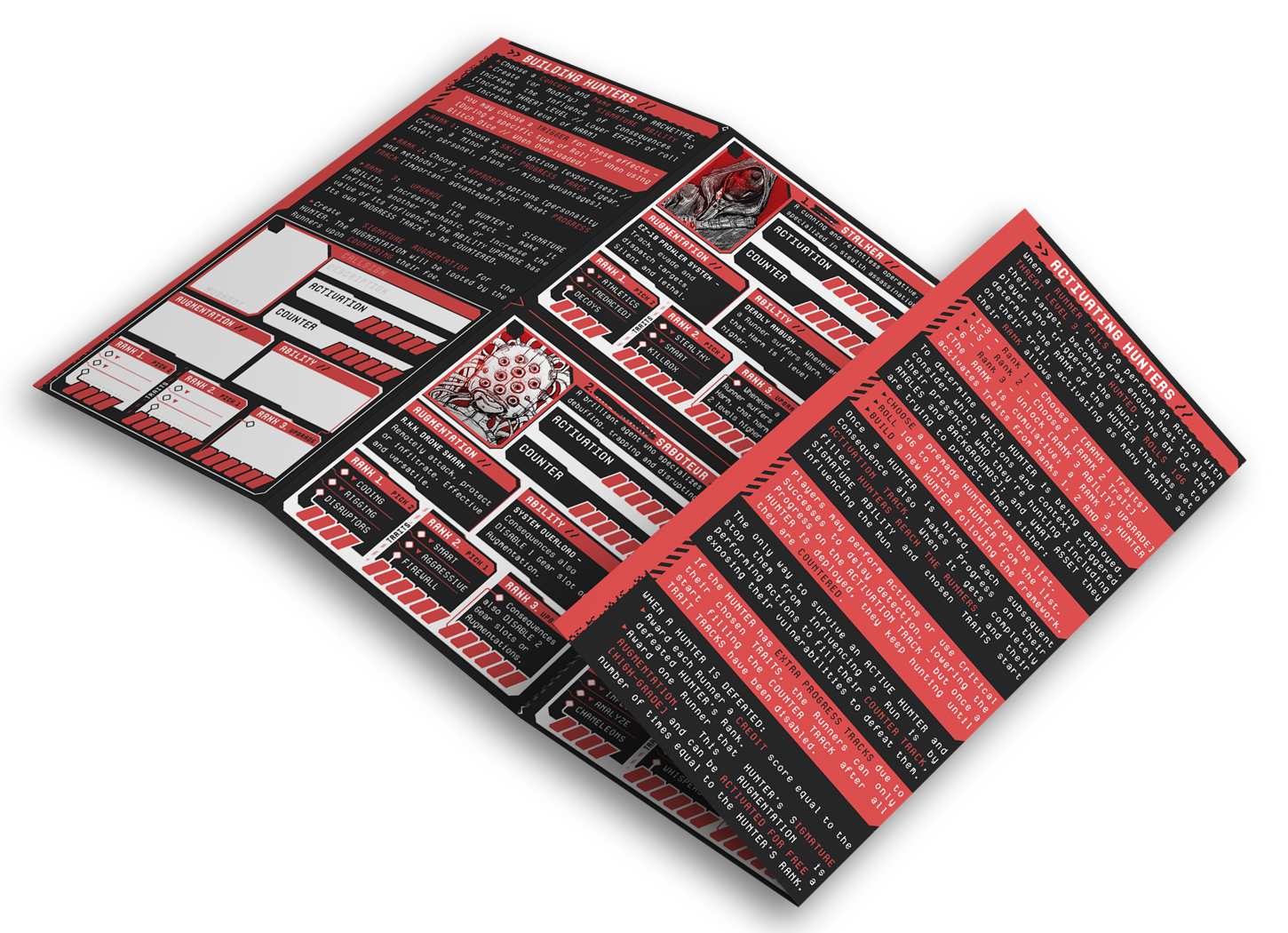 This add-on was made as part of the #RPGLATAMJAM - go check out all the other great work by latinx designers!

<This work is based on Blades in the Dark, product of One Seven Design, developed and authored by John Harper, and licensed for our use under the Creative Commons Attribution 3.0 Unported license>
▱▱▱ --------- ▱▱▱

In order to download this game you must purchase it at or above the minimum price of $2.50 USD. You will get access to the following files:

Regardless, we'll try to always leave at least a couple of them available - but if there are none and you really want to play it, send us an e-mail or a tweet and we'll send you a copy ASAP!

Hey! Loved your supplement! Very well build. Have a little question, though.. do you have any tips for using hunters as players?

Again, incredible supplement for this game.

Oh snap, we hadn't thought of using them that way before but it actually sounds pretty fun!

If we wanted to run HUNTERS as a supplement for players instead of opponents, we'd probably:

* Using it in Campaign play, each time a Runner completed (and survived) a run, we'd award them 1 rank on their chosen Hunter Archetype (so, after completing the first mission, they'd be able to choose between either of the Rank 1 upgrades). If playing a REALLY LONG campaign, we'd make it so each successful mission added 1 mark to that Rank's progress track instead, making Runners unlock the upgrade once each track got completed.
* If using it for one-shots, we'd do... Basically the same thing, but instead of making progress between missions, we'd have Runners attempt to unlock them during prep time for the run. Runners could make rolls before the run started to attempt to unlock the Hunter upgrades - but that would also mean risking starting the run with the Stress bar pretty high, which would make the run even more dangerous! (we would also consider adding tougher obstacles according to how many Hunter upgrades the party unlocked for each run - they wouldn't bring all that gear if the job wasn't as demanding!)

Glad you liked the addon and thanks for the question! If you end up using HUNTER UPGRADES for your runners, let us know how it went!

I'd love to have a chance to get a copy of Cyberpunk Hunters, as my little group of players is enjoying so much CBR+pnk, and would love to expand it a little bit...

Hope you guys have a great time!

I'm Brazillian, is this available anywhere where I wouldn't need to pay in USD?

Hey! Thanks for the message and for being interested in our supplement!

As of right now, we don't sell our games anywhere else - although we plan on setting up a Brazillian store with adjusted prices for our reality around March - so stay tuned!!

In the meantime, feel free to grab one of our free community copies - trust us, we know buying things in dollars, in this current economy, is completely absurd for any BR, so we 100% want our conterrâneos to grab free copies of any of our games they want to check out. Do consider leaving it a 5-star rating and talking about it with your friends - that helps out a lot with the algorithms!

Hope you enjoy BEING HUNTED BY RUTHLESS CYBER ASSASSINS

Thanks! I'll grab a community copy and try to buy it you've set up your store!

Excellent system for elite adversaries, portable to any FitD game! 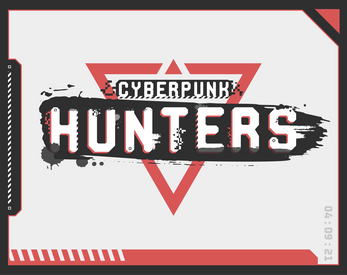